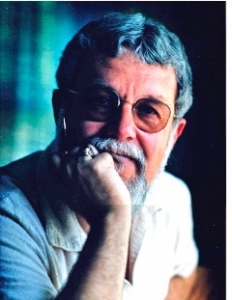 Steven Fortney started life in Rogers, North Dakota, and was born on January 2, 1937, in Minneapolis, Minnesota. His father was an Army Chaplain (and later Pastor); the military family lived all over the U.S. and, after WWII, in Germany and Austria.
Steven’s military service includes Civil Air Patrol, U.S. Reserve Navy, and Army ROTC. His post-secondary education includes graduation from UW-Madison in Classics and Philosophy (1959); one year at Luther Theological Seminary in St. Paul, Minnesota (1960-61 term); and graduation from the School of Education at UW-Madison (1964).
His varied employment includes as a newspaperman (adman, reporter, columnist, and printer) for four years; a high school teacher for 31 years; a union negotiator for 25 years; an alderman on the Stoughton City Council (1976-1997); and, for six years, as Chief Negotiator for Stoughton.
Steven took initiation in the Tibetan Buddhist tradition from the Dalai Lama in 1981 and again in 1986; he experienced his naming ceremony in the Zen tradition at Fukujuji Temple, with Priest Sokyu Hashimoto, in Miharu, Japan, in 1992.
Steven married Ruth Ann Geyer in 1960. They have four children, nine grandchildren, and will welcome their first great-grandchild in 2016.
In 1995, Steven took early retirement to devote full time to writing. He fishes and hunts and gardens and reads like mad. He has published poems and anthologies and has been listed in A Directory of American Poets and Fiction Writers since the 1989-90 Edition. The Cabin: A North Woods Memoir is his tenth book.